Even though we’re only partway through the timeline for November’s Selection (“Partials” by Dan Wells) I decided to post the nominations for December a bit early to give everyone plenty of time to pick it up (Especially since many of you have already finished this month’s book).

For those of you new to this feature, Your Pick for Nik! is a monthly book club where I turn over control of my reading list to you!

Here’s how it works: I will nominate titles from my TBR list and YOU will choose which one gets featured. It can be one you’ve already read and want to discuss, one you want to read but wish to see my feedback on first, or – and this is my favorite part – you can read it along with me!

Depicted below are my 10 nominees* for December. Simply vote for your favorite, and let the best book win! At 10:00 pm (MST) on Tuesday the 20th I will announce the winner. Come the end of December, I will post a thorough review of the chosen title – and hopefully find out what you thought of it as well!

To cast your vote, just leave a comment indicating your chosen title – and may the best book win!

Overview: Her exquisite beauty and brilliant mind were not enough to free her from captivity. That took her skills with a knife, plus the power of a goddess. Born in poverty, in a dusty village under the equatorial sun. She does not remember her mother, nor her own name—her earliest clear memory is of the day her father sold her to the tall pale man. In the Court of the Pomegranate Tree, where she was taught the ways of a courtesan…and the skills of an assassin…she was named Emerald, the precious jewel of the Undying Duke’s collection of beauties. She calls herself Green. 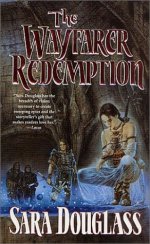 Overview: All Acharites believe the end is near. One young woman, Faraday, betrothed of Duke Borneheld, learns that all she has been told about her people’s history is untrue. While fleeing to safety from the dangerous land, Faraday, rides with Axis, legendary leader of the Axe-Wielders-and hated half-brother of Borneheld-and a man Faraday secretly loves although it would be death to admit it. She embarks on a journey, which will change her life forever, in search of the true nature of her people. (This will be a much-desired reread for me – I loved this series!) 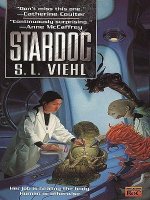 Overview: Dr. Cherijo Grey Veil leaves Earth and accepts a position as a physician at Kevarzanga-2’s FreeClinic. Her surgical skills are desperately needed on a hostile frontier world with over 200 sentient species–and her understanding of alien physiology is nothing short of miraculous. But the truth behind her expertise is a secret which, if discovered, could have disastrous consequences between human and alien relations…

Overview: In Beatrice Prior’s dystopian Chicago world, society is divided into five factions, each dedicated to the cultivation of a particular virtue—Candor (the honest), Abnegation (the selfless), Dauntless (the brave), Amity (the peaceful), and Erudite (the intelligent). On an appointed day of every year, all sixteen-year-olds must select the faction to which they will devote the rest of their lives. For Beatrice, the decision is between staying with her family and being who she really is—she can’t have both. So she makes a choice that surprises everyone, including herself.

Overview: Kellen Tavadon, son of the Arch-Mage Lycaelon, thought he knew the way the world worked. His father, leading the wise and benevolent Council of Mages, protected and guided the citizens of the Golden City of the Bells. Young Mages in training memorized the intricate details of High Magick and aspired to seats on the council. Then he found the forbidden Books of Wild Magic – or did they find him? The three slim volumes woke Kellen to the wide world outside the City’s isolating walls… (It goes on, but you get the drift). 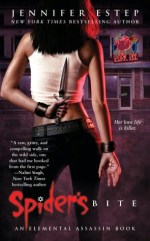 Overview: After Gin’s family was murdered by a Fire elemental when she was thirteen, she lived on the streets and eventually became an assassin to survive. Now, Gin is given an assignment by her handler to rub out an Ashland businessman, but it turns out to be a trap. After Gin’s handler is brutally murdered, she teams up with the sexy detective investigating the case to figure out who double-crossed her and why. Only one thing is for sure —Gin has no qualms about killing her way to the top of the conspiracy. 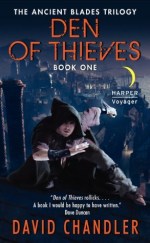 Overview: Born and raised in the squalid depths of the Free City of Ness, Malden became a thief by necessity. Now he must pay a fortune to join the criminal operation of Cutbill, lord of the underworld—and one does not refuse the master . . . and live. The coronet of the Burgrave would fulfill Malden’s obligations, though it is guarded by hungry demons that would tear the soul from any interloper. But the desperate endeavor leads to a more terrible destiny, as Malden, an outlaw knight, and an ensorcelled lady must face the most terrifying evil in the land. 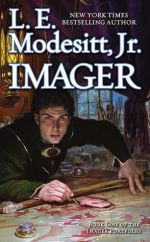 Overview: Although Rhennthyl is the son of a leading wool merchant, he has spent years becoming a journeyman painter. With his skill and diligence, Rhenn stands to be considered for the status of master artisan. Then, his entire life is transformed when his master patron is killed in a flash fire, and Rhenn discovers he is an imager—one of the few in the entire world who can visualize things and make them real. He must leave his family and join the Collegium of Imagisle. Imagers live separately from the rest of society because of their abilities (they can do accidental magic even while asleep), and because they are both feared and vulnerable. In this new life, Rhenn discovers that all too many of the “truths” he knew were nothing of the sort. Every day brings a new threat to his life.

Overview: Foreigner begins an epic tale of the survivors of a lost spacecraft who crash-land on a planet inhabited by a hostile, sentient alien race.  From its beginnings as a human-alien story of first contact, the Foreigner series has become a true science fiction odyssey, following a civilization from the age of steam through early space flight to confrontations with other alien species in distant sectors of space. It is the masterwork of a truly remarkable author.

Overview: Warbreaker is the story of two sisters who happen to be princesses, the God King one of them has to marry, the lesser god who doesn’t like his job, and the immortal who’s still trying to undo the mistakes he made hundreds of years ago. Their world is one in which those who die in glory return as gods to live confined to a pantheon in Hallandren’s capital city and where a power known as BioChromatic magic is based on an essence known as breath that can only be collected one unit at a time from individual people. By using breath and drawing upon the color in everyday objects, all manner of miracles and mischief can be accomplished. It will take considerable quantities of each to resolve all the challenges facing Vivenna and Siri, princesses of Idris; Susebron the God King; Lightsong, reluctant god of bravery; and mysterious Vasher, the Warbreaker.

*All summaries taken from BN.com

8 comments on “Your Pick for Nik! – December Nominations!” 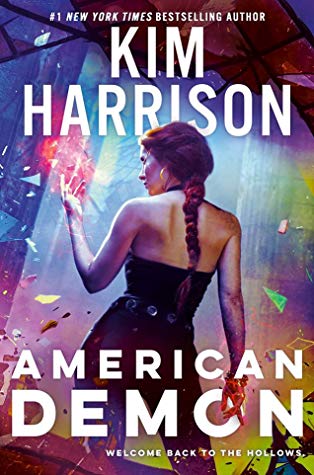