The Overview: In the first volume, we were introduced to the remarkable world of Roshar, a world both alien and magical, where gigantic hurricane-like storms scour the surface every few days and life has adapted accordingly. Roshar is shared by humans and the enigmatic, humanoid Parshendi, with whom they are at war. Among those caught up in the conflict are Highprince Dalinar Kholin, who leads the human armies; his neice Jasnah, a renowned scholar; her student Shallan, a brilliant but troubled young woman; and Kaladin, a military slave who, by the book’s end, was beginning to become the first magically endowed Knight Radiant in centuries.

In Words of Radiance their intertwined stories will continue and, as Sanderson fans have come to expect, develop in unexpected, wonderfully surprising directions. The war with the Parshendi will move into a new, dangerous phase, as Dalinar leads the human armies deep into the heart of the Shattered Plains in a bold attempt to finally end it. Shallan will come along, hoping to find the legendary, perhaps mythical, city of Urithuru, which Jasnah believes holds a secret vital to mankind’s survival on Roshar. The Parshendi take a dangerous step to strengthen themselves for the human challenge, risking the return of the fearsome Voidbringers of old. To deal with it all, Kaladin must learn how to fulfill his new role, while mastering the powers of a Windrunner.

I’ve been stalling on writing this review for months. You see, there wasn’t a single thing I disliked about the entire novel. It was every bit as amazing as Way of Kings and was, if anything, better. This provided me a bit of a challenge while trying to compose the review because 1) I didn’t want to talk specifics and give away spoilers 2) I felt the pressure to do it justice and 3) I didn’t want to just regurgitate everything I talked about in my review of Way of Kings. It has everything you’d want out of a high fantasy novel – great characters, epic world-building (some of the best I’ve ever seen), a masterfully woven plot, rich cultural immersion, and beautiful, exotic settings – all adding up to one of the best books I’ve ever read. Since I’ve already broken down all of these story elements in my review of Way of Kings, I’m going to take this review in a slightly different direction (… a geek-out).

Let’s talk about Sanderson for a minute and how totally fantastic and unreal I think he is. I mostly want to know how he managed to publish two 1000+ page books and not have a single boring passage within either one?! Every scene had purpose, developing character or advancing the plot with a vibrance and elegance you don’t come across often. I devoured every page and finished the novel feeling like I could have kept reading for ages. I personally believe this series marks a new generation of fantasy… it’s absolutely brilliant. I’d like to say it’s my new all-time favorite, but am having trouble relinquishing loyalty to all of the other amazing fantasy books I’ve read. Let’s just say for now that it’s in strong contention.

While I acknowledge that it’s impossible for a book to please every reader, I’ve never had a conversation with someone who didn’t also love the shit out of this book. If you’ve been on the fence with this one, take it from me – it’s a crowd pleaser. And the best news? The Stormlight Archive is currently projected to be a 10+ book series, and those novels can’t come out soon enough! Seriously, this is the type of epic storytelling that makes my inner fangirl go crazy. I’m positive I will be rereading them for years to come.

Overall, if you are a fan of high fantasy, this series is a MUST read. I’m not normally that pushy but, if you haven’t read it, you are missing out on the beginning stages of what I consider to be the next era of fantasy evolution. As blasphemous this will sound, Jordan ain’t got nothing on Sanderson.

The Lascar’s Dagger by Glenda Larke

The Name the Wind by Patrick Rothfuss

9 comments on “Book Review: Words of Radiance by Brandon Sanderson” 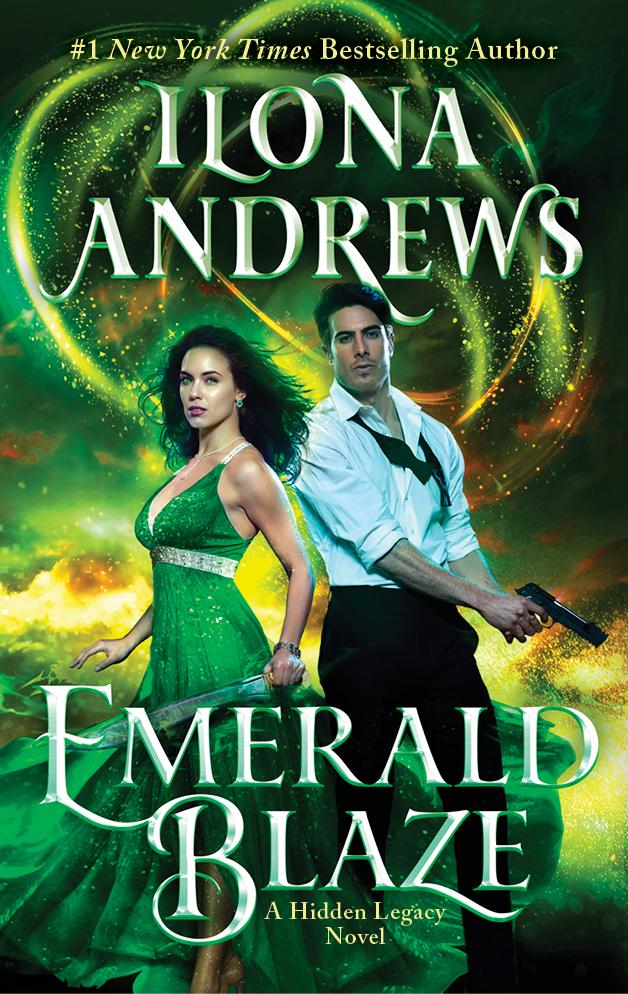