Title: Wrath of a Mad God

The Overview: The Darkwar rages upon Midkemia and Kelewan, bringing bleak days of destruction and despair. To save the future of both worlds, the powerful sorcerer Pug and select members of the secretive Conclave of Shadows must journey deep into the dangerous realm of the bloodthirsty Dasati, there to carry out an audacious mission that has little, if any, chance of succeeding. In Midkemia, young warriors Tad and Zane, and their fellow soldiers, protect the Kingdom from raiders. And Pug’s beloved wife, Miranda, finds herself a prisoner of the Dasati and, even more ominously, of Pug’s nemesis, the evil sorcerer Leso Varen. Salvation may come from a friend thought long dead, an unlikely ally whose remarkable powers will be sorely needed in the momentous battle to come . . . a final, fevered onslaught against the most malevolent agents of evil ever known.

Feist’s books have a special place in my heart as they were the novels that introduced me to the world of fantasy. I love his plots, his settings, and his characters. They are all memorable and dynamic and the main reason why I pick up each new book. These later works by Feist contain a great balance of new and old, which I love because it keeps the story both fresh and nostalgic at the same time.

As sad as I am to say it, I think Wrath of a Mad God was my least favorite novel so far in the 20+ list of books from him that I’ve read. I loved the premise for this story, but I had a little trouble with the concepts. They seemed a bit self-indulgent, requiring a great deal of explaining. When you need it fifty or more pages to explain to your audience what’s going on (especially so far in a series where the framework of the world and its realities are already pretty well-established) your concepts might be a bit too convoluted.

Another thing I noticed with this book (which I can’t decided if it’s a good or bad thing) is the fact that the series as a whole has slowly transformed from fantasy to science fiction. There is no space travel, but people from different worlds still find ways to interact through magical rifts and wrinkles in dimensions. While this shift in genre is interesting, part of me misses the epic fantasy feel of his earlier works.

Overall, I am slightly dissatisfied, but only when comparing it to the standard of other Feist novels. Nostalgia aside, I should also mention (without spoilers) that the ending of this book blew my mind and I genuinely can’t wait to see what happens next!

Recommended Reading: I usually hand the first book (Magician: Apprentice) to anybody wanting to try fantasy. It’s an excellent representation of the genre, and one I think fans of Terry Brooks and David Eddings would enjoy. Also, for any Feist fans who haven’t yet made it this point – keep reading, it’s worth it!

Pawn of Prophecy by David Eddings

The Sword of Shannara by Terry Brooks

3 comments on “Book Review: Wrath of a Mad God by Raymond E. Feist” 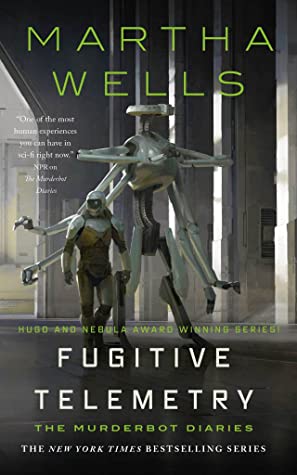