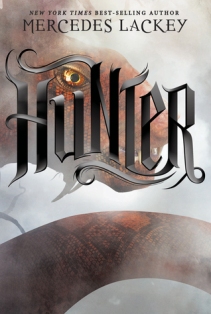 The Overview: Centuries ago, the barriers between our world and the Otherworld were slashed open allowing hideous fantastical monsters to wreak havoc; destroying entire cities in their wake. Now, people must live in enclosed communities, behind walls that keep them safe from the evil creatures constantly trying to break in. Only the corps of teen Hunters with lightning reflexes and magical abilities can protect the populace from the daily attacks. Joyeaux Charmand is a mountain girl from a close knit village who comes to the big city to join the Hunters. Joy thinks she is only there to perform her civic duty and protect the capitol Cits, or civilians, but as cameras follow her every move, she soon learns that the more successful she is in her hunts, the more famous she becomes. With millions of fans watching her on reality TV, Joy begins to realize that Apex is not all it seems. She is forced to question everything she grew up believing about the legendary Hunters and the very world she lives in. Soon she finds that her fame may be part of a deep conspiracy that threatens to upend the protective structure built to keep dark magic out. The monsters are getting in and it is up to Joy to find out why.

Just when I thought I was worn out on the YA genre, Hunter comes along and knocks my socks off! I’ve been a fan of Mercedes Lackey for years (with the Dragon Jousters series claiming the spot as my favorite), so I knew that, even though she was tackling a younger demographic, it was still going to be fantastic – and it was. She delivered a cool, creative book with dangerous monsters, memorable characters, and a (mostly) unpredictable (and exciting!) plot-line. The best compliment I can give this book is that it compelled me back to it almost obsessively all the way to the end. Most books, I’ve found, can wait… this one could not!

By far, my favorite element of the book were the Hunters and their kick-butt role in this futuristic society. They were essentially celebrities – all of their activities (everything from their epic hunts down to their most mundane activities) were recorded for public viewing, and each Hunter was given a rating based on popularity. It was a neat dynamic, and I loved the action, the comaraderie, and the element of competition this concept brought into play.

While the main draw of the book for me was the concept and loads of action and adventure, I also really liked the characters – especially Joyeaux, the main POV. She was smart, resourceful, compassionate, and perfectly capable of handling herself in dangerous situations. She also always THOUGHT THINGS THROUGH, and whenever I had suspicions about a character or situation, so did she. This may seem trivial, but I’ve read at least a dozen YA novels over the last year where the supposedly intelligent heroines proceed to make one harebrained decision after another simply so the author could advance the plot. Joyeaux was a breath of fresh air because she came across logical and, essentially, like a real person. I especially loved how she handled conflicts, specifically with the main bully in the story – superb!

Overall, I’m very pleased with Hunter and am lamenting the year I’ll have to wait to read the next one. There’s no doubt I’ll be recommending it as often as I can. The only thing I’ll disclaim is that it takes a few chapters to really get going, but once it does – magic!

*Thank you Disney Book Group, NetGalley, and Mercedes Lackey for the chance to read and review an early copy of Hunter!

Fire and Flood by Victoria Scott