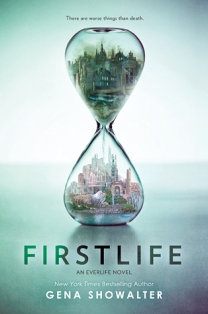 The Overview: Tenley “Ten” Lockwood is an average seventeen-year-old girl…who has spent the past thirteen months locked inside the Prynne Asylum. The reason? Not her obsession with numbers, but her refusal to let her parents choose where she’ll live—after she dies. There is an eternal truth most of the world has come to accept: Firstlife is merely a dress rehearsal, and real life begins after death.

In the Everlife, two realms are in power: Troika and Myriad, longtime enemies and deadly rivals. Both will do anything to recruit Ten, including sending their top Laborers to lure her to their side. Soon, Ten finds herself on the run, caught in a wild tug-of-war between the two realms who will do anything to win the right to her soul. Who can she trust? And what if the realm she’s drawn to isn’t home to the boy she’s falling for? She just has to stay alive long enough to make a decision… -Goodreads

Did you really give Firstlife a chance?

Yes – I made it about halfway through before setting it aside.

I’ve loved a lot of things from the YA genre, although I admit lately I’ve had less patience for teen angst in general. I haven’t read anything quite like Firstlife before, but it had vague similarities to these other titles, which I enjoyed (mostly):

Two things: 1. It was just too bloody weird. Now, I’ve always appreciated Showalter for dancing to her own drum (a quality I’ve adored in other works of hers), but Firstlife was a bit too far-reaching even for me. The very beginning explains these “influencers” of the two philosophical groups venturing down to the “Firstlife” world to influence the main character to join their side. Both influencers are male, but one goes down in a girl’s body… it was weird. It, along with an odd sequence of events, was just too weird for me. Did I mention it was weird?

2. I did not like the main character, finding her decisions contradictory (which I hate). She was supposed to be this tough, somewhat stubborn girl who chose to undergo imprisonment and physical torture rather than stray from her convictions. But, as soon as the two “influencers” walked-in, she started waffling about everything before they’d even really made their pitch on why she should join their side. Especially the boy – all he had to do was ask her to jump and she’d say “how high?” It was a frustrating contradiction of character – she came across very weak minded when the framework of the story set her up as someone incredibly strong unswayable. I really, really hated that.

Was there anything you liked about Firstlife?

I liked a lot of things at first, such as character, world building, and story, but quickly soured to all of them because of the issues listed above.

Yes, although I’m now terrified to read her other YA trilogy – signed hardcovers I’ve had on my shelf for ages. If I ever need a delightfully cheesy paranormal romance, however, she’s still one of my first picks.

I don’t think so. There are too many other books I’d recommend first. 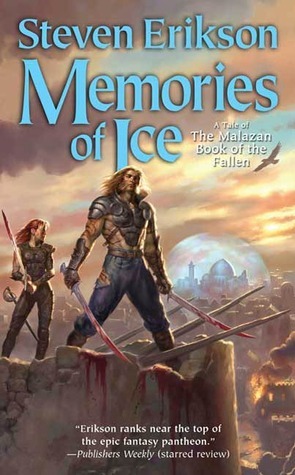