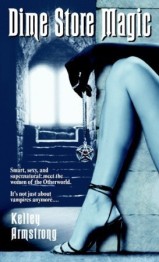 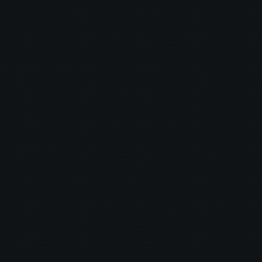 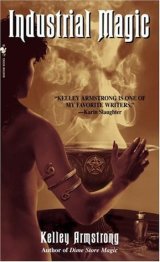 It took me a loooooong time to get around to continuing this series with Dime Store Magic. I loved Bitten and Stolen, but found myself a little bitter that the series would start following different characters from there. I think my overall sentiment was “well, if continuing is going to feel like starting a new series, it doesn’t matter when I read them (salty reader, party of one).” For the most part, that was true. The story in books 3&4 focuses on Paige and her involvement in the witch and sorcerer communities (Elena’s story is a footnote, and werewolves take a backseat to other supernatural beings). It does tie back to Stolen, but more in a spin-off kind of way.

I think I can see what Armstrong is trying to do with the series, and think nowadays I’m more in the mood to appreciate a series that takes a little longer to get to the payoff. What it has going for it are interesting and sassy female characters (I think Paige is one of the most relatable uf leads I’ve come across even if she is a little typical), good mysteries, romance, and writing that you can really lose yourself in. The story components weren’t earth-shattering, but I absolutely love where I think it’s going and look forward to seeing through some potential plot points.

Dime Store Magic offered a good Kate Daniels/Julie* relationship between Paige and Savannah and had a lot of excellent witchy moments (by witchy I mean supernatural spell casting and other creepy shit). It also had a decently organic romance, which I always appreciate. I finished this book feeling genuinely excited to see where the story went next. I even picked up Industrial Magic within a couple weeks (a turnaround that’s pretty unheard of with me). *Side note: I realize this was probably written before the KD series, but as I’m a super fan of that one now, everything must be compared. ;P

Industrial Magic was less about Paige’s relationships and more about the politics and dynamics within the witch and sorcerer communities (with a dash of necromancer and vampire). It expanded the plot sufficiently for me even though the story went in a different direction than I was expecting. It was much more inclusive of other supernatural groups, which made the whole world feel more robust and well-developed. The further I read, the more I appreciate how Armstrong is writing this series.

Overall, comparing books 3&4 to 1&2 is like apples to oranges. They’re still fruit sitting together in the same basket, but the sampling experience is vastly different. Elena’s story was more carnal and sensory, whereas I would call Paige’s more thoughtful and conceptual. Armstrong did a great job adapting her storytelling to both of these unique POVs, but I can see how such a drastic change caused a lot of readers to complain of a quality decline. They say the apples aren’t as good; I say that’s because you bit into an orange when you were expecting an apple.

Recommendations: I personally think there’s more than one type of urban fantasy, and books 3&4 strike a very different note than books 1&2 (as discussed above). As someone who likes most types, I’d recommend both as long as you’re prepared for the change. These haven’t landed at the top of my uf list yet, but they’re making a very compelling (and entertaining) case. :)