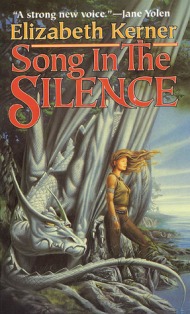 Title: A Song in the Silence

The Overview: Lanen Kaelar has spent her life being told just how wrongheaded and foolish she is by her entire family. When Lanen’s father dies, she chooses to leave her abusive relatives and search out the great dragons she has always dreamed of, though she knows what she seeks may not be real.

But those who hold true power know that prophecies have been told of Lanen Kaelar since before her birth. They fear the destiny she may fulfill, the mysteries she may unravel–and the strange and terrifying love she may find on the legendary Dragon Isle. -Goodreads

A Song in the Silence had a lot of problems.

Not the least of which included a narration that kept forgetting its parameters, a plot that dragged for days, and a bizarre instalove that then (ironically) proceeded to dominate most of the page count. The story was riddled with “wtf?” moments and more than a handful of “just go with it”s.

And yet, I managed not to DNF it.

The overall story was just interesting enough to keep me reading. The basic writing was… actually pretty decent if you’re only taking into account how well the words flew off the page. Before I started having issues with the plot, the slow beginning didn’t feel like a big deal because I found the writing immersive and relaxing.

It was just such an oddly constructed book. I don’t think half of the convenient plot-advancing ideas within it would hold up in today’s competitive fantasy market. I also think the meat of the story could’ve been told beautifully in about 150 pages instead of 400. It spend a great deal of time hashing and rehashing concepts, all of which felt unnecessary. I seldom have patience for endless discussion in books, even if it involves dragons.

Ultimately, the writing, general appreciation for the unconventionality of the book, and a mild curiosity where things would end up kept me reading, but it was a close thing. I can’t say as though I’m thrilled I made it all the way through (I started speed reading at the 80% mark just to get it over with), because of how much time it took me to get there.

Series status: after a lengthy debate (which involved a blog post you’ll never see because I made up my mind before it went live), I decided to abandon this series. I snooped around Goodreads to see if I could find some spoilery reviews for the next two books. As it turns out, I’m not missing much. Had I read on I was most definitely in for another 600 pages of the elements I didn’t like about this one. These books will be donated. :)

Recommendations: This book is not very recommendable from my point of view. Most of the books I had this many issues with were DNFs, so I guess it had some redeeming qualities, but none that I could endorse. I will say that it hit me out of the blue as a fantasy romance tale, a genre I’m not well-read in, so if you like books of that variety you might have better luck with it than I did.

The Aware by Glenda Larke

The Last Dragonlord by JoAnne Bertin

4 comments on “Book Review: A Song in the Silence by Elizabeth Kerner” 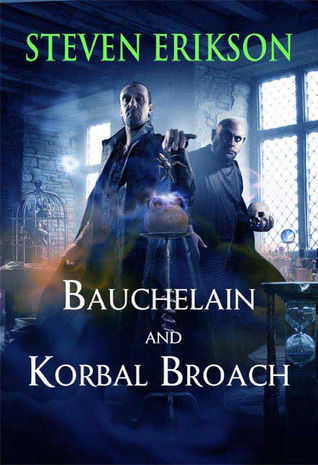