Series: Arc of the Scythe #2

The Overview: Rowan has gone rogue, and has taken it upon himself to put the Scythedom through a trial by fire. Literally. In the year since Winter Conclave, he has gone off-grid, and has been striking out against corrupt scythes—not only in MidMerica, but across the entire continent. He is a dark folk hero now—“Scythe Lucifer”—a vigilante taking down corrupt scythes in flames. Citra, now a junior scythe under Scythe Curie, sees the corruption and wants to help change it from the inside out, but is thwarted at every turn, and threatened by the “new order” scythes. Realizing she cannot do this alone—or even with the help of Scythe Curie and Faraday, she does the unthinkable, and risks being “deadish” so she can communicate with the Thunderhead—the only being on earth wise enough to solve the dire problems of a perfect world. But will it help solve those problems, or simply watch as perfection goes into decline? -Goodreads

Thunderhead did a great job at maintaining momentum for the series. No middle book syndrome here!

One of the better YA I’ve read lately, the Arc of the Scythe offered an interesting concept: humanity has figured out how to eradicate natural causes of death, so now Scythes must systematically decide who to “glean” to control the population. As mentioned in my review of Scythe, the process each reaper establishes to help them decide who to kill is incredibly fascinating to me. What would make that sort of job bearable? One of the characters said it best: find a way to glean and still be able to sleep at night (paraphrased).

As mentioned, this second book did a great job at maintaining the momentum of the story, especially in the second half where the happenings practically careened to the end. It made me want to pick up the final novel sooner than later. The lack of character depth remains an issue, but at least they’re expressing interesting motives to compensate.

I’ve been evaluating books and storytelling in general long enough now to pick out certain story construction patterns. Big publishing houses know what plot structures sell more, so they push for those elements in their WIPs. During the first book, something happened that truly surprised me, something that didn’t fit the formula, which I loved. Unfortunately, events in this book reversed the shocker from the first book, making the story as a whole just as cookie-cutter as the rest of the lot. It was a little disappointing, but at least for that short time I believed I’d read something different. That’s a more technical writing critique than I usually get into, but it was important enough in my reading experience to include it.

Recommendations: Overall, this is one of the better YA series I’ve read. Look here for an interesting concept and a slightly darker theme than most YAs. I hear Schusterman’s Unwind series is even better, so I’ll be looking into that eventually. 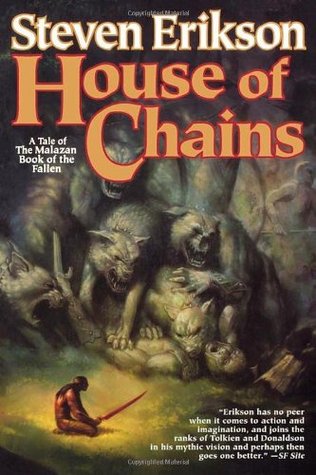