Title: Guardians of the West

The Overview: A sequel to THE BELGARIAD, Garion has slain the evil God Torak, and fulfilled the prophecy. But suddenly another prophecy is foretold. Again a great evil is brewing in the East. And again Garion finds himself caught between two ancient Prophecies, with the fate of the world resting on him….

If my best friend ever sees this post I am going to be in big trouble! David Eddings is her all-time favorite author I feel like this review is going to come across as one big slap in the face. I certainly don’t mean it that way, but I also just did not enjoy Guardians of the West as much as I thought I was going to.

I read the Belgariad (the first five books in the saga) at least a decade ago and really liked them, so much so that I reread a couple of them before diving into this series (the Malorean). I knew the Malorean took place chronologically after the Belgariad, but had I known the storyline started almost immediately, containing all of the beloved characters from the first series, I would’ve picked it up a hell of a lot sooner. And I bet I would have enjoyed it a lot more, too. Back in the day, Eddings was one of the best fantasy authors I’d read. Now however, I still think he is a wonderful author, but he is nowhere near the top of my list.

I should start out by saying that I really enjoyed the essence of the story, and that’s probably the only reason why the book received two stars. So, while I thought it had great story elements, I did not enjoy some of the aspects regarding character. This was definitely a plot-driven novel, and I felt myself missing that inner growth and character development I’ve come to expect. Don’t get me wrong – the characters were all a lot of fun, maintaining the basics that made us fall in love with them in the first series, but I don’t remember a single passage where they were explored more than just on the surface level. It was kind of a bummer.

A similar issue revolved around the main character, Garion. The first series portrayed him as a humble boy destined to rid the world of evil. He asked a lot of questions and always had the knack for figuring things out. In this series that inquisitive nature was still with him, but there were several places within the story where he was so frustratingly dense I wanted to smack him. It was all things regarding his wife (and women in general), and I have a suspicion the author was going for comedic effect (i.e. even a really smart man can’t comprehend women). The problem is, in my eyes it regressed his character all the way back to when he was a juvenile. Then when the plot needed him to be his old, logical self, he was miraculously back to normal… and he wasn’t the only one I noticed this with. I could sum up all of my issues by saying: the characterization was inconsistent.

The final nail in the coffin was the pacing and plot structure. A whole lot of dialogue happens and a whole lot of tangents occur, but the basic plot points that make up the arc of the story filled up very little of the text. I have no problem with slow moving books, but unless a majority of the scenes are advancing the plot or developing character, I seldom enjoy them. And here I am, back to that character thing again – it really does make all the difference.

I wish I could say I liked this one a lot more than I did. I probably will not be continuing on in the series for a very long time (if at all). The good news is, I think this is yet another case where my opinion will be in the minority. If you’re in the mood for a decent fantasy story without a lot of depth, this would be a great one to try, although make sure you start with Pawn of Prophecy (which I actually really liked).

Eye of the World by Robert Jordan

Sword of Shannara by Terry Brooks

The Overview: Long ago, the Storyteller claimed, in this first book of THE BELGARIAD, the evil god Torak drove men and Gods to war. But Belgarath the Sorcerer led men to reclaim the Orb that protected men of the West. So long as it lay at Riva, the prophecy went, men would be safe.

But Garion did not believe in such stories. Brought up on a quiet farm by his Aunt Pol, how could he know that the Apostate planned to wake dread Torak, or that he would be led on a quest of unparalleled magic and danger by those he loved–but did not know…?

Another “must-read” series for fantasy buffs, the “Belgariad” is every bit as good as you’ve heard, containing all the elements that make up a top fantasy novel. A simple good vs. evil storyline, diverse and interesting characters, and a young boy swept away in an epic adventure!

All the basic elements are there for greatness, but Eddings takes it one step further by adding one more: culture. During their travels, the characters journey to different areas of the kingdom, and we are introduced to a whole slew of new cultures, mannerisms, and languages. There’s even a complex sign language that was actually one of my favorite elements of the book.

I’m going to say it again: for me, characterization is the most important element. It seems to be the key ingredient in all of the most popular fantasy, and Eddings’ are no exception. A colorful cast of characters come together throughout the series, and I enjoyed reading about all of them – each one has an interesting back-story that makes you want to know more.

Drawbacks: the author sticks to a strict third-person limited narrative, which means that the only way we, as an audience, learn anything is if the main protagonish learns it. I cant help but wonder how much more vibrant and complex the plot could have been had we been allowed into the perspectives of some of the other characters. The flip-side is that the main protagonist is allways in the middle of the action, so that does add an element of excitement to the book.

Overall, it was a great read with a perfectly “epic” feel to it. I will definitely be picking it up again one day when I’m thirsting for a good adventure!

Recommendations: The “Belgariad” is a set of five novels that start us off in this particular world, and I recommend you begin with “Pawn of Prophecy”. The next five books make up the “Malloreon” and you’ll need to start with “Guardians of the West”. There are also a few spinoff novels if you want to know more about certain characters. 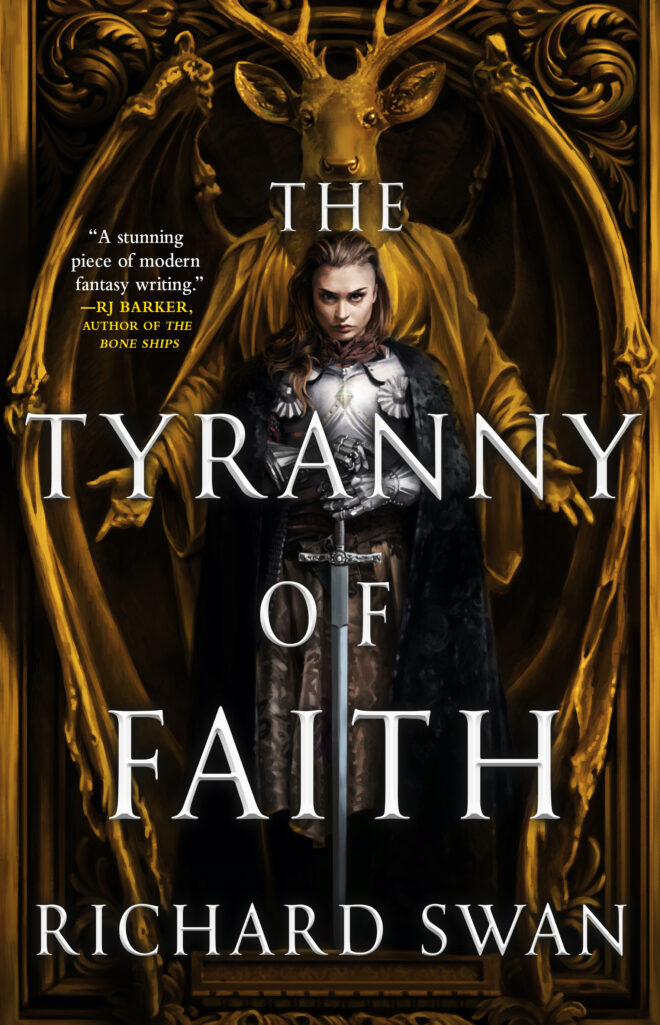