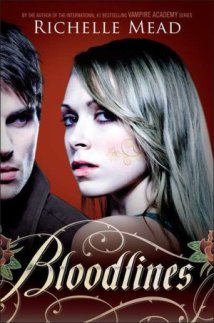 The Overview: Sydney is an alchemist, one of a group of humans who dabble in magic and serve to bridge the worlds of human and vampires. They protect vampire secrets – and human lives. When Sydney is torn from her bed in the middle of the night, at first she thinks she’s still being punished for her complicated alliance with dhampir Rose Hathaway. But what unfolds is far worse. Jill Dragomir – the sister of Moroi Queen Lissa Dragomir – is in mortal danger, and the Moroi must send her into hiding. To avoid a civil war, Sydney is called upon to act as Jill’s guardian and protector, posing as her roommate in the last place anyone would think to look for vampire royalty – a human boarding school in Palm Springs, California. But instead of finding safety at Amberwood Prep, Sydney discovers the drama is only just beginning..

First I want to preface this review by stating that Richelle Mead is definitely in my top 10 favorite authors of all time. I’ve read everything she’s ever published, and have yet to be disappointed in her works. Her characters are always rich and vibrant, her story lines are interesting and compelling, and her writing style is engaging and fun. Bloodlines is no exception.

Creating memorable characters is one of Mead’s greatest strengths, and she never fails to produce a leading lady that manages to be both kick-ass and totally relatable. This book is the first in a series and focuses a lot on developing the main characters. Although it is not as action-packed as some of her other works, have no fear! She has a way of building an incredible momentum that make for some of the most breath-catching scenes I’ve ever read. Bloodlines is a strong first installment in what promises to be an excellent series!

Recommendations: I highly recommend you read the “Vampire Academy” series before this one, as this story follows chronologically as a spinoff. You wont be disappointed!