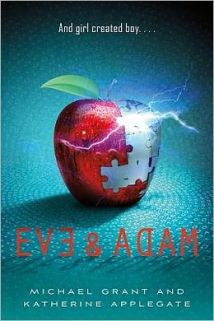 The Overview: In the beginning, there was an apple – And then there was a car crash, a horrible injury, and a hospital. But before Evening Spiker’s head clears a strange boy named Solo is rushing her to her mother’s research facility. There, under the best care available, Eve is left alone to heal.

Just when Eve thinks she will die – not from her injuries, but from boredom—her mother gives her a special project: Create the perfect boy. Using an amazingly detailed simulation, Eve starts building a boy from the ground up. Eve is creating Adam. And he will be just perfect . . . won’t he?

Reactions to this book are all over the board. People either seem to love it or hate it. I’m sort of in the middle, as I liked it, but I didn’t love it. That’s a hard thing for me to admit because I’ve had such a long history with these authors that I feel as though I owe it to them to love their stuff. After all, Applegate is responsible for the series that sparked my love of reading (see Animorphs). Alas, the book just didn’t quite come together for me.

I’m usually pretty good at going with the flow as far as characters are concerned, but in this book I just didn’t get the relationships between all of them. All of them were odd, but I had the hardest time with Eve’s bff, Aislin. She didn’t seem to add any value to the story and I wasn’t on board with their relationship or how they treated each other. This odd compilation of characters and motives made the book feel a bit disjointed, and that’s partly why I don’t think I enjoyed it as much as I wanted to.

There were some cool elements to the book. I found the setting and the technology to be entirely fascinating.I also liked reading from Solo’s perspective – specifically his strategies for outsmarting the “enemy”. The writing itself was also quite interesting. The imagery at the beginning was especially strong, and I will probably go back and study it for my own craft. The duo writer angle was a unique one too – there were several places where the tone of the book changed, and I’m assuming that’s were one author stopped writing and the other took over. The idea of each writer being in charge of a main character’s motives and personality is pretty cool, and I think if there was one place where the relationship development was successful, it was between Eve and Solo (where I saw this phenomenon take place the most often).

Overall, it was not the stellar read that I was hoping for, but an interesting piece nonetheless. I don’t regreat thhe time I spent reading it, as the positives edged out the negatives and I sort of liked how it wrapped up. I’m interested to see where they take the story in the next book, if there is one… the internet was rather inconclusive. 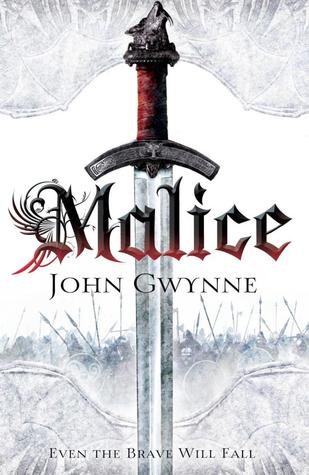