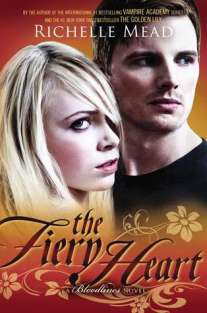 The Overview: Sydney Sage is an Alchemist, one of a group of humans who dabble in magic and serve to bridge the worlds of humans and vampires. They protect vampire secrets – and human lives. In The Indigo Spell, Sydney was torn between the Alchemist way of life and what her heart and gut were telling her to do. And in one breathtaking moment that Richelle Mead fans will never forget, she made a decision that shocked even her. . . . But the struggle isn’t over for Sydney. As she navigates the aftermath of her life-changing decision, she still finds herself pulled in too many directions at once. Her sister Zoe has arrived, and while Sydney longs to grow closer to her, there’s still so much she must keep secret. Working with Marcus has changed the way she views the Alchemists, and Sydney must tread a careful path as she harnesses her profound magical ability to undermine the way of life she was raised to defend. Consumed by passion and vengeance, Sydney struggles to keep her secret life under wraps as the threat of exposure — and re-education — looms larger than ever.

I absolutely loved Fiery Heart – it’s the best Bloodlines book yet! I actually read it way back in February but have been stalling on writing the review because A. I always need extra time to think about what I’m going to say for positive reviews (to do them justice and all) and B. I had already written two Mead reviews (in which I totally fawned over her writing) and figured I’d give my readers a break from the repetition. Fair warning: this review is going to be reiterating all of the points I bring up in every Mead review – she’s just too amazing and consistent to do otherwise.

Because I’ve sung her praises in at least five reviews to date, I decided to turn this one into a “Why Richelle Mead is My Favorite Author” summary post. The reasons are as follows:

I could go on, but those are the main reasons I love her, and they apply to every book she’s written (yes, I have read them all) and that consistency is one of the main reasons why she’s my favorite author. Out of all of those amazing books, Fiery Heart was one of the strongest. All I have to say is, thank goodness Silver Shadows comes out soon because I don’t think I could bear waiting another six months. As much as I loved Vampire Academy, I think I’m starting to like the Bloodlines series even more…

Marked by P.C. and Kristin Cast

Touch of Frost by Jennifer Estep

2 comments on “Book Review: The Fiery Heart by Richelle Mead”