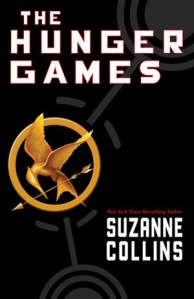 Almost as untouchable as Harry Potter, The Hunger Games trilogy by Suzanne Collins sparked a love for dystopian and post-apocalyptic books in millions of readers, myself included. Hunger Games was definitely not the first of its kind, but it was the series that launched dystopian storytelling into the mainstream and led to an explosion of followers in the YA market. Even though the concepts had been told before, Collins reinterpreted them in a way that was exciting, accessible, and fun. After selling thousands of copies to customers every year, I quickly realized that I needed to be prepared for when they came back with “Ooooooh! I loved it so much! What can I read next?” From that question was born this list:

Reason for Recommending: concept, character, atmosphere: The Testing series is one of my favorite recommends on this list. It reminds me of Hunger Games from a conceptual standpoint because both were stories that felt fresh and original (with a strong dystopic feel). I also love how the main character from the series compared to Katniss when it came to resourcefulness. Even thought the first book was fairly average compared to the rest of the series, the second book is one of my favorites ever. Overall, it’s definitely worth your time if you’re a Hunger Games fan.

Reason for Recommending: story, atmosphere: even though this book is an adult science fiction, it still reminded me strongly of Hunger Games. It had the same elements of overcoming oppression, deadly competition, and overall intensity that made the Hunger Games so memorable. I even liked the last book (Morning Star) more than I liked Mockingjay, if you can imagine…

Book Info: Not a Drop to Drink by Mindy McGinnis

Reason for Recommending: writing, character, atmosphere: even though this book is more of a post-apocalyptic than a dystopian, it’s one of my favorite survival stories, possibly because of how brilliantly it’s written. I’ve always appreciated Katniss for her ability to adapt and do what was necessary to survive. Lynn in this story was just as determined, and I found her added bit of snarkiness particularly endearing. The book also has the same feel of desperation and urgency that made Hunger Games such a page-turner. I loved this book and would probably recommend it even if you didn’t like Hunger Games.

Reason for Recommending: character, atmosphere, love story: The Partials Sequence has long been one of my favorite teen books to recommend (even though the third one felt a little rushed). I loved the main character for how clever she was, I loved the premise of the story and the excellent momentum it gained throughout each book, and I loved the world building for its creepy, post-apocalyptic feel. It also had a compelling Katniss-loves-Peeta type of romance that came about more organically than most teen books. All of these things add up to a no-brainer when trying to recommend titles. Read it.

Reason for Recommending: originality, relationship: To steal from what I said above, Hunger Games was definitely not the first of its kind, but it was the series that launched dystopian storytelling into the mainstream and led to an explosion of followers in the YA market. Even though the concepts have been told before, Collins reinterpreted them in a way that was exciting, accessible, and fun. In my opinion, if Angelfall had been a first-mover in the industry, I feel as though it’s unique twist on post-apocalyptical setting and excellent writing could have shaken up the market as well. Additionally, the main character and her younger sister reminded me strongly of Katniss’ relationship with Prim. That said, I only felt this way about the first book – the remaining two of the trilogy let me down a bit (but were still good).

Reason for Recommending: character, writing, story: Ann Aguirre is one of my favorite writers. Her characters are phenomenal and, in my opinion, every bit as memorable and well-rounded as those in Hunger Games. This post-apocalyptic “zombie” story brings to mind the same savage fight for survival that made Hunger Games so intense. Overall, it’s a great trilogy with a new spinoff coming out in 2017.

Reason for Recommending: story, character, love story: Legend has the same rising-from-oppression appeal as Hunger Games, but offered POVs from both the oppressed and privileged ends of the spectrum. I especially appreciated how clever the main characters were, thought the love story was convincingly organic, and enjoyed all three books pretty equally. When ranking dystopians, Legend always lands in the upper half of my list.

Reason for Recommending: atmosphere, originality, character: The Darkest Minds was one of the more unique dystopians I’ve read and definitely gets an A+ for cool concept. Overall, it had the same gut-wrenching dystopic feel that satisfied that Hunger Games hangover for me. It also had fantastic characters and a fast-paced storyline.

Reason for Recommending: competition, action, character: Hunter is one of my favorite books from this list – I loved almost everything about it. It has a clever main character who always thought things through (hello, Katniss – no harebrained heroines here!), And a competitive storyline with loads of action. Add to that a dystopic society where viewers revel as these teens fight monsters, and you have a series that captures many of the things I loved about Hunger Games while standing solidly on its own. I loved it.

Reason for Recommending: atmosphere, intensity: Pure is most definitely NOT a young adult series, but I think Hunger Games fans would like it just the same. It’s gritty and ugly and yet somehow beautiful all at once and definitely one of the coolest books I’ve ever read from the genre. It’s also a very odd book, one that will probably stick with you long after you put it down. Overall, if Mockingjay was your favorite of the trilogy and you loved that gut-wrenching intensity, this series might be the one for you!

Reason for Recommending: concept, genre appeal: Uglies was one of the first movers of the teen dystopian genre and one which has always been easy for me to recommend to customers. It has a great concept (even though it’s not totally original, it was executed well), a well-imagined society, and a storyline that’s incredibly memorable. I consider it a staple for the genre, so if you love dystopians and haven’t yet picked it up, do it – do it now!

Reason for Recommending: character, story, atmosphere: if you want a story with a heroine as convincingly kickass as Katniss, this is a great place to start. The 5th Wave also offers a similarly unique storyline with loads of action and moments of high intensity. I don’t think it built relationships quite as well as Hunger Games, nor did it maintain the same momentum throughout all three books, but it still definitely worth checking out if you haven’t already.

Reason for Recommending: competition, atmosphere: basically, if Hunger Games were watered down a smidge and geared towards a slightly younger audience, you’d have Fire and Flood. This is not my favorite book on the list, but still merits a spot because, despite a few shortcomings, it was still a fun read. It had that competitive atmosphere I loved so much in Hunger Games and even brought to life several fun “arenas” for the contestants to race through. The ending of the second book led me to believe there was going to be a third one, but it has been a long time coming and there’s still no news on the horizon…

Reason for Recommending: character, action, love story: The Bane is another post-apocalyptic story with an excellent and resourceful main character. It has a much more prominent love triangle than Hunger Games (likely because all three spent a lot more time together than they did in Collins’ novels), so if you wanted more romance admdst all the fighting, this is the series for you!

Reason for Recommending: story, atmosphere: admittedly, I have a love/hate relationship with this book (the first half was awesome, the second half not so much) but I seem to be in the minority, so it made the list. It has a similar caste system as Hunger Games (extravagantly rich vs. the dirt poor), but it’s determined by blood color (red vs. silver) rather than district, which is an interesting twist.

Book Info: Under the Never Sky by Veronica Rossi

Reason for Recommending: atmosphere: Under the Never Sky is futuristic and post-apocalyptic and the characters go through a similar desperation for survival (albeit a tad watered down). It also had that “not everything is as it seems” vibe that made Hunger Games so interesting. This one may not fully satisfy your Hunger Games cravings completely, but I bet you’ll still enjoy it.

Reason for Recommending: story, character – yes, I’m including this on the list even though, realistically, if you had any interest in it you’ve probably already picked it up by now. The Divergent Trilogy had a lot of good things going for it and is still worth a read if you liked Hunger Games because it will give you that same overall “feel.” It’s unfortunately not at the top of my recommendations. While I love to the first two, the third let me down enough to suck the wind out of my “series enthusiasm” sails.

I hope you find this list helpful and enjoy these titles as much as I did! I’ve added all of them to a shelf on my Goodreads page if you’d like to go read more about them. Happy reading! :-)

Have you read any good books similar to Hunger Games?