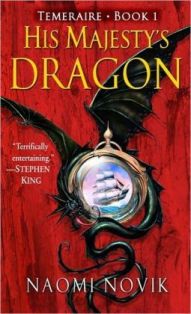 The Overview: Aerial combat brings a thrilling new dimension to the Napoleonic Wars as valiant warriors ride mighty fighting dragons, bred for size or speed. When HMS Reliant captures a French frigate and seizes the precious cargo, an unhatched dragon egg, fate sweeps Captain Will Laurence from his seafaring life into an uncertain future – and an unexpected kinship with a most extraordinary creature. Thrust into the rarified world of the Aerial Corps as master of the dragon Temeraire, he will face a crash course in the daring tactics of airborne battle. For as France’s own dragon-borne forces rally to breach British soil in Bonaparte’s boldest gambit, Laurence and Temeraire must soar into their own baptism of fire. -Goodreads

Woe is me for not having read this years ago!

I had this amazing dragon book sitting unread on my shelf for over 10 years… and I’m surprised no one revoked my membership to the dragon obsession club (not a real thing). In all fairness, the way people described this book and series gave me a very different impression than what the first book actually entailed. They’d say, “it’s an alternate military history, but with dragons.” I’m sure that description is completely accurate for the series as a whole, but had someone mentioned even briefly that His Majesty’s Dragon was less about alt-history as a focus (even though that was an essential setting component) and more about the forming bond between a man and his dragon, I’d have been on board the Temeraire ship years ago. Unfortunately first impressions caused me to hold off. When it came out I was in the middle of college and the last thing I wanted to do was put down one text book and pick up another (even if the new one had dragons). I thought I’d be bored with the historical elements and recycled battle scenes. All the discussions I’d had about it with customers made me think I was getting into a dry historical retelling that took itself too seriously. This is SO NOT THE CASE!!

The relationship between man and dragon is 100% the appeal of the book for me. It’s a slowly paced plot that focuses on the bond and establishes the groundwork for what’s to come. Because of the aforementioned expectations for the series, I’m certain some ventured in looking for battle sequences, military strategy, and loads of historical references, but were bored with their lack (which is an irony considering my boredom might have stemmed from those things being present if I’d read it 10 years ago). As I said, perhaps the series as a whole will offer those things, but for me this book offered perfect immersion into what it’s like to be a dragonrider (or Aerialist) in training.

Now that my tastes have broadened, I’m actually looking forward to seeing the historical immersion in future books, but that alone wouldn’t have been enough to get me to pick up the series. The dragons are my main motivation. Not only was Temeraire a fascinating creature, but so were the many other varieties of dragons (aka Niki’s dragon heaven). I loved the training aspects and can’t wait to see those put into good use, I loved the commander of the training encampment (you’ll see), and I loved the relationships and dynamics beginning to form between all the trainees and their dragons. Basically, this is the book I’ve been hounding to find all my life. 😭

The slow burn of this novel might have bored a few people, but I reveled in every single moment. It had me so wrapped up, I even shed a tear or two (I can’t remember the last time a book made me cry). The combination of a fantastic main character, sentient dragons (filled with awesomeness), and the overall theme of the series set His Majesty’s Dragon up as one of the best books I’ve read in a while. I can’t wait to get my hands on the next one!

Recommendations: Read this book if you like dragons. It’s a bonus if you also like alt-history. ;P

A Natural History of Dragons by Marie Brennan

The Emperor’s Blades by Brian Staveley

20 comments on “Book Review: His Majesty’s Dragon by Naomi Novik” 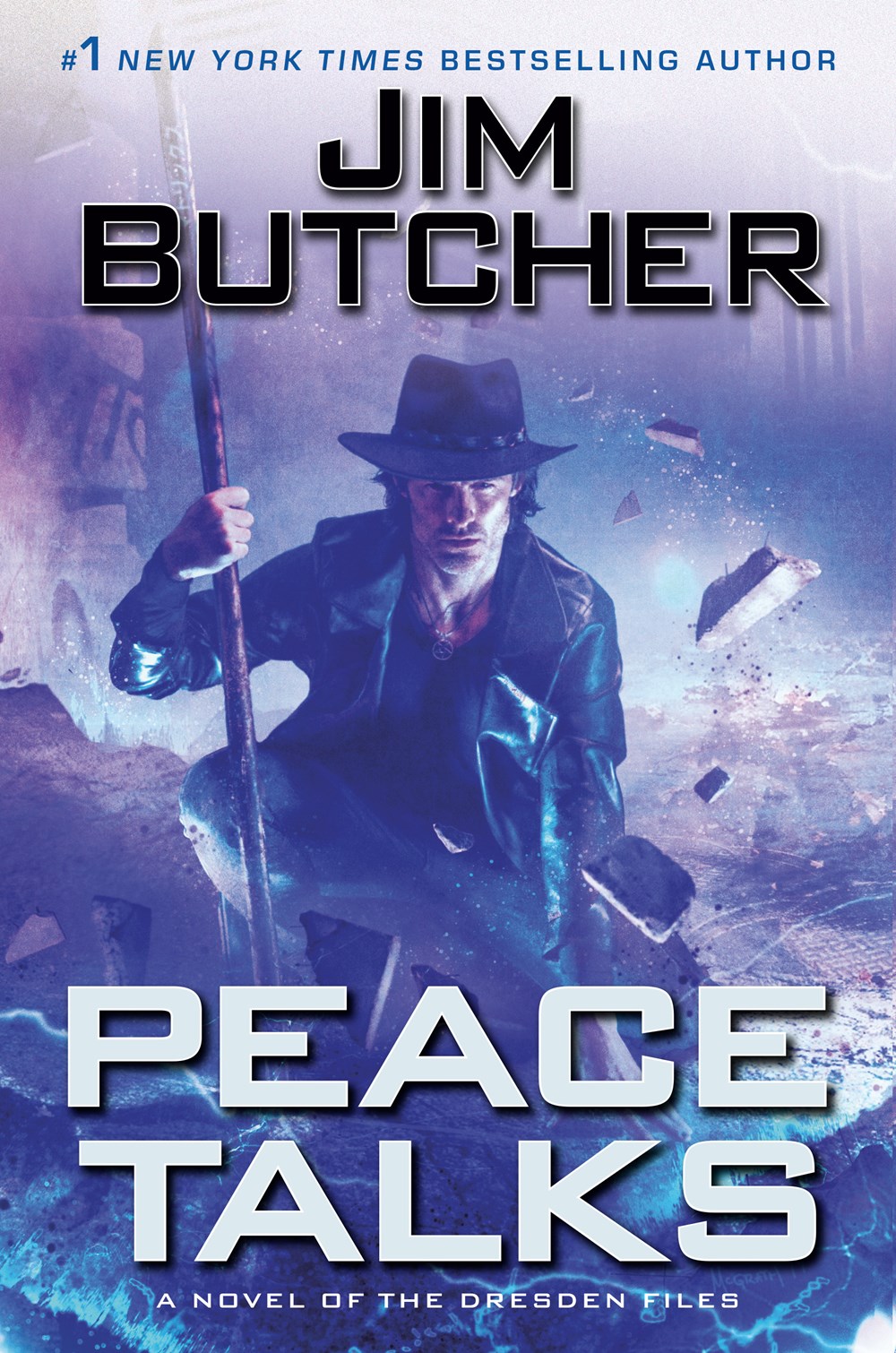