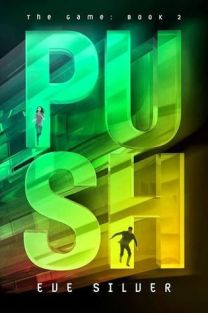 The Overview: It’s either break the rules or die. Miki Jones lives her life by her own strict set of rules, to keep control, to keep the gray fog of grief at bay. Then she’s pulled into the Game, where she—and her team—will die unless she follows a new set of rules: those set by the mysterious Committee. But rules don’t mean answers, and without answers, it’s hard to trust. People are dying. The rules are unraveling. And Miki knows she’s being watched, uncertain if it’s the Drau or someone—something—else. Forced to make impossible choices and battling to save those she loves, Miki begins to see the Committee in a glaring new light. And then the Game crosses a new boundary, pushes harder into Miki’s and her friends’ lives, and there’s nothing in the rules that can save them now.

I was really looking forward to Push, especially after the awesome direction Rush was headed when it ended. It promised to focus on all the things I enjoyed about the first book and move away from all the things I didn’t. Instead, Push kind of stagnated around all the same issues without much of a story progression at all. Heck, I’d even go so far as to say it regressed a little. I’m disappointed to say it was not the action-packed amazing novel I’d hoped it would be.

I had a lot of issues with the relationship development in the first book – a seemingly smart, independent girl who fawns over a guy despite the fact that she thinks he’s a total asshole – and was hoping the change in direction of the story would get the main character away from that codependent focus. It did not. The first half of the book, which I thought would be packed with adventure and excitement (the good stuff) was like reading one big long soliloquy about how much she hates him, how much she loves him, how much she misses him, and what she needs to do to get him back. Here I am thinking she’d grown enough to stand strongly on her own, but evidently the story couldn’t progress until she smoothed out her love life. Sheesh.

If I had been able to get behind the relationship in the first place, the huge focus on it probably wouldn’t have bothered me so much. I live for a good love story, and even expect it from my YA novels, but in this case, it just didn’t work for me. Even after all this time, I still can’t see a compelling reason why the relationship started and why it’s continuing. It could be just me, though. So if you enjoyed the love angle of the first book, no doubt you will enjoy it here. I just found a lot to be desired.

If this series took place entirely within The Game, it wouldn’t be too much for me. There are thousands of teen drama love stories out there, but only a handful of really cool takes on what it would be like to live in a video game. The concept is still my favorite part of the story, and I think it would have benefited Silver to pour more of her focus into it. As it were, some of the story was set in the alternate existence, but not enough to really progress the main overall conflict of the series (unless the main conflict is the romance, in which case that’s certainly getting enough attention). There was one single ray of hope in the form of an added plot element within The Game – one which I can’t even talk about because it’s a spoiler – and it added a fascinating wrinkle to the story. All I have to say is, if I read on it will be because of that single interesting plot point.

Overall, I hoped for more…. but I seem to be in the minority yet again.

I Am Number Four by Pittacus Lore 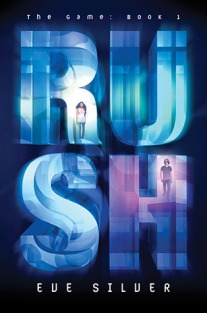 The Overview: When Miki Jones is pulled from her life, pulled through time and space into some kind of game—her carefully controlled life spirals into chaos. In the game, she and a team of other teens are sent on missions to eliminate the Drau, terrifying and beautiful alien creatures. There are no practice runs, no training, and no way out. Miki has only the guidance of secretive but maddeningly attractive team leader Jackson Tate, who says the game isn’t really a game, that what Miki and her new teammates do now determines their survival, and the survival of every other person on this planet. She laughs. He doesn’t. And then the game takes a deadly and terrifying turn.

Based on the premise of Rush – involving live-action video game battles against invading aliens – I’m actually surprised I hadn’t picked it up before now. I love competitions (I know, you guys are sick of hearing that) and have always wondered what it would be like if the contents of video games were reality. Now, if I were to pick one to bring to life, it probably wouldn’t be a scary shoot-em-up alien game because I’m a wimp, but watching others live it was super intense and exciting!

The sequences that took place in the “game” were my favorite parts of the book. It set a cool atmosphere right from the start, and the way Silver presented it really drew me me into the story. I like the framework behind how everything worked and the rules within the game. It sounded like fun… you know, provided you weren’t actually living it. I enjoyed watching Miki, an ordinary girl, draw on strength she didn’t even know she had in order to adapt and survive. I will say, as much as I enjoyed the action sequences in Rush, I have a strong suspicion the bits found in Push will be even more fascinating. I won’t ruin the plot or anything, but suffice to say Silver set things up strongly for her sequel.

One thing I’m looking forward to in the sequel is going in with more information right up front – which is something that could’ve made Rush a lot stronger. I know you need an element of discovery to keep your readers engaged, but the back-and-forth Q&A in Rush seemed like it went on forever (when you get to the last couple chapters of the book and your main character is still trying to get basic answers – who, what, when, where, why – there might be a problem). I actually think including that information early on and cutting some of the lengthy Q&A sections would have added a great deal to the plot, and perhaps solved some of my dissatisfaction with the reality sequences…

While half of the novel takes place in the game, the rest takes place in reality where teenage drama and romance unfold. I have to say, the teenage drama part was okay, but I didn’t enjoy the love story as much as I thought I would. I hate to admit that I think the problem was an instalove – the sort with no compelling reason why the main character would be drawn to a guy… unless her only criteria was “he was hot.” After the fifth or sixth time she called him an asshole (and meant it), I just couldn’t wrap my brain around why she all of a sudden thought “Ooooooh, I really want to date this guy!”

Now, of course as with any teen drama, the boy she liked was not as awful as the façade he showed the world, blah blah blah, but that doesn’t change his behavior towards Miki, and I didn’t buy in to her sudden fawning, even knowing how these things usually go. Maybe if I was more convinced of their relationship at first, the reality scenes wouldn’t have drug out quite so much, but it is what it is. There is a silver lining though – even though I couldn’t understand the initial attraction, I can definitely see what’s holding the relationship together, so I might be able to enjoy the romance in the second book a lot better.

My rant about the insalove aside (which I swear I’ve never cared about before… I guess the blogosphere is rubbing off on me), the way it was done actually fit in well with the framework of the story, and I can see why Silver presented it that way. All of the story elements worked well together and it was nice to see how one thing built off of another.

Overall, despite a bit of dissatisfaction with the love story, the action scenes were enough to make Rush an enjoyable read. The author left things off in a way that makes me doubly excited to pick up the second book, so there’s hope any issue I had will disappear in the next installment. I’m sure I could find people to recommend this too – it had enough strong points and all the negatives were preferential. It’s definitely different… I think it would be perfect for someone who likes action in books, but doesn’t want all the depressing baggage that comes along with full-blown dystopians/post-apocalyptics.

I Am Number Four by Pittacus Lore 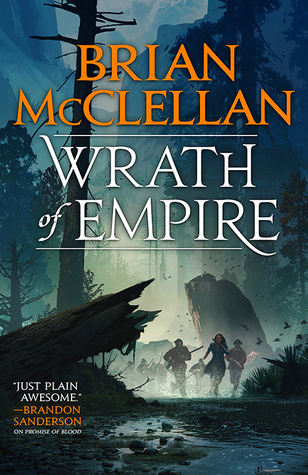