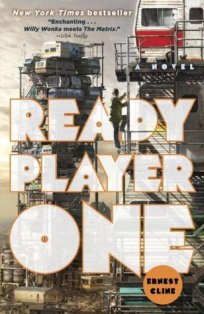 The Overview: It’s the year 2044, and the real world is an ugly place.
Like most of humanity, Wade Watts escapes his grim surroundings by spending his waking hours jacked into the OASIS, a sprawling virtual utopia that lets you be anything you want to be, a place where you can live and play and fall in love on any of ten thousand planets.

And like most of humanity, Wade dreams of being the one to discover the ultimate lottery ticket that lies concealed within this virtual world. For somewhere inside this giant networked playground, OASIS creator James Halliday has hidden a series of fiendish puzzles that will yield massive fortune—and remarkable power—to whoever can unlock them.  -Goodreads

The Guest Review
by Petrik

Ready Player One is a Fiction/YA/Dystopian hybrid that takes place in the year 2044 where our world is suffering from global energy crisis and everyone needs a means to escape from this harsh truth. This is where OASIS, a genius MMORPG utopia created by James Halliday arrived as the solution to their need for escapism. I’d be lying to myself if I said this book isn’t something that’s written for me. The whole concept and tributes featured in this book are exactly my thoughts and hobbies of the past, some of which still persist to this day.

The plot of RPO itself is actually really simple. Before his death, Halliday leaves a will that stated, if anyone is able to solve the puzzle he hid in OASIS, that person will receive all his wealth and power. This is literally the plot and where the story began for our main character, Wade, who has devoted his life into this treasure hunt.

“You’d be amazed how much research you can get done when you have no life whatsoever.”

Honestly, I have two main problems with the book:

1. First, almost all problems that appeared in the book were… how do I say this? Too convenient for Wade. It’s like he’s some Gary Stu who can do literally everything that relates with not only OASIS but every software and hacking, out of nowhere.

2. The excessive details hurt the pacing a lot of times. When the plot really starts, I couldn’t put down the book but most of the time, there was way too much unnecessary repetition to the details. This made the book as something that was more written for a movie adaptation (there will be one coming in 2018 and it’s directed by Steven Spielberg so I’m hopeful for it).

Despite these problems, I still enjoy reading RPO very much and it’s because the main strength of the book lies not within its plot or characters but within the concepts and tributes to every single popular entertainment media in the 80’s and 90’s. The whole concept and world building of the book is something that resonates with me so much even though the concept itself is not actually original. If you’ve been following anime and video games like me, you’ll probably know about this franchise called “.hack'”(2002) or this popular anime called “Sword Art Online” (2012) and they’re pretty much the exact same thing as what OASIS is about. Even the way to access it via a VR consoles is the exact copy, the only differences is that .hack and SAO have more dangerous real life repercussion in playing the game. However, it’s the tributes and crossovers with every single popular media in the 80’s and 90’s that made RPO a unique experience to read.

Every single elements in RPO revolves around those tributes, this book is pretty much a utopia for geeks and nerds (don’t take this as offensive, I think geeks and nerds are awesome). Video games, anime, movies, music, movies, cultures that were popular in the 80’s and 90’s were featured here and I mean every popular one from western and eastern culture.

Look at this picture for example: 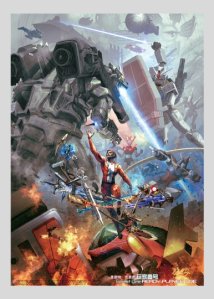 This is from a scene in the book and trust me, I can tell you the name of every single thing in this picture and their stories cause I watched and played all of them growing up. Mobile Suit RX-78 Gundam, Macross, Leopardon, Kurosawa from Cowboy Bebop, the list goes on and on. This picture featured only a tiny fraction of what medias were featured in the book, there are still so much more for you to find out for yourself if you decide to read it (or watch it next year when the movie come out). With the book revolving around this concept and world building, it made reading it a really fun experience and a palate cleanser from my usual “Adult Epic Fantasy” read, don’t get me wrong, it’s my favorite genre but we all need a break sometimes.

What made the book even better for me however is the theme that was explored, escapism.

“Being human totally sucks most of the time. Videogames are the only thing that make life bearable.”

This quote is in the book but I’m not kidding, I actually said this quote word by word back when I was in middle school (around 15 years ago). RPO provides a solution to a harsh reality and now, imagine if this solution really exists in our world and by that, I mean something as huge as OASIS. I’m almost quite sure that a lot of people, including me, would be playing that game like we’re obsessed. Mute people can speak in the game, anyone disabled can function perfectly, weak person can be strong, an introvert can be outgoing, the list goes on but most of all, you can actually make a living out of playing the game. Who wouldn’t want that?

I’ve been playing video games since I was 5 years old. Name every popular actions, FPS and RPG from Playstation 1 era until this year, I can guarantee you I’ve played almost all of them. Final Fantasy series, Suikoden, Metal Gear Solid, Wild Arms, Dark Souls, The Legend of Dragoon, Devil May Cry, Pokemon, etc or even anime, TV series and manga that I won’t mention here, the list is way too long. The point is, other than mandatory school and colleges, I spent most of my time escaping from reality with these entertainment.

Guess which one I sacrificed? Good grades. It’s not bad, I rarely study but I passed every subject with average results. Do I regret it? No, the thing is, my form of escapism shaped who I am today. In my opinion, gaming and reading is one of the best forms of entertainment to increase your sense of empathy since you experienced thousands of different lives from different worlds and circumstances. However, these hobbies do cause loneliness if you do them excessively and this, in my opinion is what the book tried to convey. Too much of anything is never good for you, even if it’s something you love.

“I created the OASIS because I never felt at home in the real world. I didn’t know how to connect with the people there. I was afraid, for all of my life, right up until I knew it was ending. That was when I realized, as terrifying and painful as reality can be, it’s also the only place where you can find true happiness. Because reality is real.”

I faced major loneliness last year when I played video games way too much, it almost ruined my life. Gaming can be a really lonely hobby, especially once you finished a game and try to talk about it with someone. The community is too cancerous and childish, where you can’t state an opinion without getting any of them riled up. What I meant is something really simple, for example “hey, I think this is the best game I ever played” and the reply you’ll get will be something like “your gaming taste is shit.” I figured, I can’t spend my life on this too much anymore. Don’t believe me? Search on Youtube any new released games such as “Legend of Zelda” or “Horizon Zero Dawn,” look at the comment section and you’ll see more comments bashing Xbox community more than praising the game itself.

It’s one of the reason I tried reading again, starting with Mistborn back in September 2016 and oh boy my addiction to gaming decreased by a LOT. I’m much happier now since I started taking reading seriously. The main reason is this, I have people to share my experience with, in the forms of reviews or discussions. In the end true happiness lies in our world. Balance your life, to quote the Beatles, “all you need is love”, every wealth you have, every hobbies amounts to nothing if you don’t have someone to share it with and that, is what I think the book tried to convey the most to us. Everything must be in balance, besides, let’s face it, without our mundane reality, we won’t enjoy reading or playing video games that much anyway.

Overall, I had some problems with RPO but despite them, I really enjoyed reading it and I find the concept and the theme of the book something that’s really important and resonates with me. It induced a lot of nostalgia factors and again, a really great standalone and palate cleanser. Right now it’s one of the best of its kind I’ve ever read. 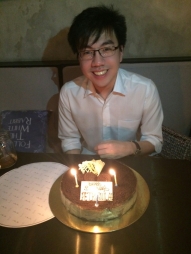 I’d like to welcome Petrik to The Obsessive Bookseller as an occasional guest reviewer! He’s responsible for some of my favorite book review over on Goodreads, so I’m thrilled he decided to share some thoughts here. His reviews are always awesome assessments with a very relatable personal touch. Aside from a couple of outliers, we tend to rate titles very similarly. I’ve always enjoyed his reviews, and I hope you will too. :)

Petrik has been a gamer and reader since he was five years old. Not once did he think back then that his two passions would last a lifetime. His favorite genres are Epic Fantasy, High Fantasy, Grimdark, and Science Fiction. 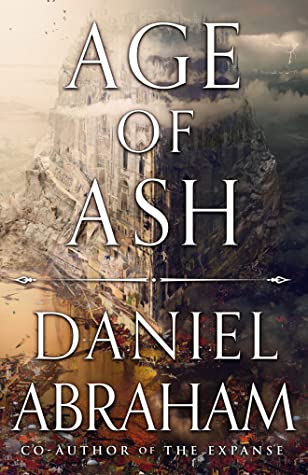