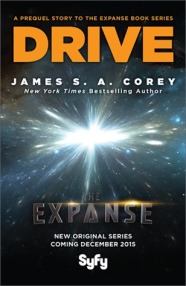 The Drive by James S.A. Corey

The Churn by James S.A. Corey

The Butcher of A.S. by James S.A. Corey

Whenever I’m tackling a new series that contains novellas as an option, I’m always pestering people to see if they’re worth reading. Some shorts add missing/deleted scenes back into the mix (generally tangents the authors had to cut), while others stand as solid works all on their own as true “bonus” content to the main series. The Expanse novellas definitely fall into the latter category, as most of them have very little impact on the overall arc of the series. Which is not to say that they don’t enhance the series, so I count them solidly in the “worth reading” category.

One of the things I appreciate about these authors is their ability to capture the raw essence of humanity. Motivations, fears, and all the other driving forces behind their actions. These stories will carve out your heart with their earnestness. Vital Abyss and The Churn were the most thought-provoking for me in this regard, but I have to appreciate the raw, relatable emotion in The Drive. I suppose the same is true for Gods of Risk, though I was a little less connected to that one (I did end up appreciating the sum of the whole by the end).

The story with the biggest tie to the series was The Butcher of Anderson Station. Any fan of the series has heard tell of Fred Johnson’s pseudonym and wondered what events earned him the title. This perhaps was the short I was most interested in reading initially, but it was also the one I walked away with the least from, save a little more insight on what drives Johnson’s moral compass. 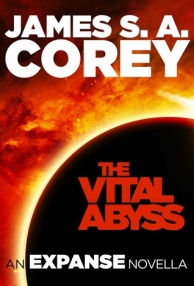 Of all the works, the most recent one, Strange Dogs, was the most unsettling. It gives me a pit in my stomach on what’s to come in future novels, but at the same time makes me really excited to see where they’re going with the story.

Overall, Vital Abyss was my favorite, but The Churn is the one I’m most excited for people to read. It’s the type of story that leaves a little grit behind, but it was such a fulfilling insight into one of the series’ best characters that it’s a must-read. If you only read one, however, it seems that Strange Dogs, while the most bizarre, might actually have the most impact on the next book, Persepolis Rising… time will tell.

Recommendations: Each of these novellas adds momentum to the Expanse universe with a quality of writing that always knocks my socks off. more great stories from great writers. I wouldn’t call any of these essential to the main series, but they definitely help broaden your perspective. As an added benefit, they’ll help hold you over until the next book comes out.