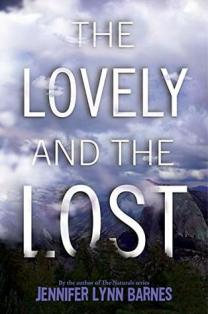 Title: The Lovely and the Lost

The Overview: Kira Bennett’s earliest memories are of living alone and wild in the woods. She has no idea how long she was on her own or what she had to do to survive, but she remembers the moment that Cady Bennett and one of her search-and-rescue dogs found her perfectly. Adopted into the Bennett family, Kira still struggles with human interaction years later, but she excels at the family business: search-and-rescue. Along with Cady’s son, Jude, and their neighbor, Free, Kira works alongside Cady to train the world’s most elite search-and-rescue dogs. Someday, all three teenagers hope to put their skills to use, finding the lost and bringing them home. But when Cady’s estranged father, the enigmatic Bales Bennett, tracks his daughter down and asks for her help in locating a missing child—one of several visitors who has disappeared in the Sierra Glades National Park in the past twelve months—the teens find themselves on the frontlines sooner than they could have ever expected. As the search through 750,000 acres of unbridled wilderness intensifies, Kira becomes obsessed with finding the missing child. She knows all too well what it’s like to be lost in the wilderness, fighting for survival, alone. But this case isn’t simple. There is more afoot than a single, missing girl, and Kira’s memories threaten to overwhelm her at every turn. As the danger mounts and long-held family secrets come to light, Kira is forced to question everything she thought she knew about her adopted family, her true nature, and her past. -Goodreads

The Lovely and the Lost was a light YA mystery involving trauma recovery, a missing persons case, and search and rescue dogs in action.

Barnes is exceptional at giving her characters depth (especially compared to other YA writers). There’s always a deeper story of trauma affecting the plot, which adds a lot of cool dynamics. Stuff like that can often make a story feel too heavy, but she balances it out with fun characters who are animated and engaging despite their inner demons, and there’s something deeply compelling about that.

I also loved the search and rescue premise of the book – especially the dogs! It added a bit of fun to an otherwise dramatic story. I don’t believe there are any sequels planned, but I liked it enough to continue the series if there was one.

Lament: I waited (impatiently) for like five months to get ahold of a copy of this book from my library, letting it take up precious space in my holds lineup, only to give it half-assed attention because, you know, life. Even so, I absorbed most of it, and it’s a decent read. But I wasn’t as engrossed as I was with her Naturals series… and I don’t think it was all because of my distractions.

There’s an overall mystery to this story, but the focus is on the close relationships between characters and the personal issues they’re working through. I would have preferred a stronger focus on the mystery itself. Something to get the characters more active and mentally engaged with it. I was enjoying the story well enough, but I never felt drawn to it to see what would happen next. That lack of suspense affected my rating a bit. The Naturals was so phenomenal, it may have ruined me for mystery YA forever.

Recommendations: this is a great read if you like highly character-driven YA fiction. The search and rescue dogs made the story fun, and Barnes’ great writing always delivers a solidly composed story (great mysteries). However, if you’re new to this author, I’d say go straight for her Naturals series and come back to this one later… :)