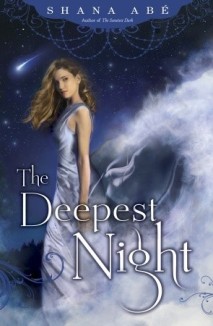 The Overview: it’s 1915, and sixteen-year-old Lora Jones is finishing up her first year as a charity student at Iversen, a prestigious, Gothic boarding school on England’s southern coast. While she’s always felt different from everyone around her, now she finally knows why: she is a drakon calm a a rare, enchanted being with astonishing magical abilities. As war hits Britain’s shores, and Lora reels from an unimaginable loss, she finds that her powers, with grave and dangerous responsibilities. At the request of Armand Louis, that darkly mysterious boy whose father owns Iversen, Lora will spend her summer at his lavish estate. To help the war effort – and to keep Lora by his side – Armand turned his home into a military hospital, where Lora will serve as a nurse. For Armand is inescapably drawn to her—bound to her by heart-deep secrets and a supernatural connection that runs thicker than blood.

I was delightfully impressed by this novel. In fact, I liked it better than the first one! Both had exceptional writing, vivid settings, and compelling characters. What this one had that the first one lacked (and tipped me over the edge into the five-star rating) was story… specifically the romance. The plot decisions that left me wanting in the first book were rectified tenfold in this one – revealing a sweet, slow-building relationship that added just one more positive aspect to these great characters.

I’m not much for historical fiction so I have to give Abe kudos for immersing me in the world of the past without boring me. There were many drop-in details that kept the world fresh and vivid without overwhelming the reader. The author makes me feel like she lived there herself – I’m impressed at the amount of research she had to do for this project.

The setting, as impressive as Abe made it, wouldn’t have been as magical without her skills as a writer. The whole book was beautifully crafted with language and description, leaving me breathless. She definitely has a unique voice and perspective for telling stories and I’m still in awe at what she was able to accomplish. There were several scenes that were almost written backwards to the “conventional” standard. For example, she’d start a scene with the character’s emotional or physical reaction to something then (as if we were peeling back layers) reveals things about the setting, the other characters in the scene, then finally the conflict. It was engaging to read and made those scenes more vivid and powerful.

Overall, this author had every element I look for when evaluating a book and produced those elements with flying colors. And she had dragons! What’s not to love? I haven’t seen this series highlighted as often as I feel it deserves – if you liked any of the recommends below consider adding this to your TBR list (you won’t be disappointed)!

Recommendations: this is great for readers who love reading about academies, dragons, love, history, sassy leading ladies, and charming gentleman.

The Great and Terrible Beauty by Libba Bray

2 comments on “Book Review: The Deepest Night by Shana Abe”