Hosted by The Obsessive Bookseller (That’s me!) and Apathy and Rhetoric

The Escape Reality Book Club is monthly feature where members take turns nominating the Young Adult titles they most want to read. We started it because we both love geeking out about books, and knew a lot of other people who felt the same way. This is a very low-pressure book club where anybody is invited to join. All you have to do is click here to be directed to our official Facebook page and asked to join the group. Those of you who live in the Southern Utah area are more than welcome to come to the monthly meetings to discuss the book, otherwise Charlotte and I are willing to host a twitter discussion at #escaperealitybc if anyone is interested.

For now, here are April’s contenders (nominated by Kierra):

The Overview: Posing as one of Robin Hood’s thieves to avoid the wrath of the evil Thief Taker Lord Gisbourne, Scarlet has kept her identity secret from all of Nottinghamshire. Only the Hood and his band know the truth: the agile thief posing as a whip of a boy is actually a fearless young woman with a secret past. Helping the people of Nottingham outwit the corrupt Sheriff of Nottingham could cost Scarlet her life as Gisbourne closes in.

It’s only her fierce loyalty to Robin—whose quick smiles and sharp temper have the rare power to unsettle her—that keeps Scarlet going and makes this fight worth dying for. 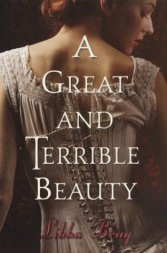 Title: A Great and Terrible Beauty

The Overview: Sixteen-year-old Gemma has had an unconventional upbringing in India, until the day she foresees her mother’s death in a black, swirling vision that turns out to be true. Sent back to England, she is enrolled at Spence, a girls’ academy with a mysterious burned-out East Wing. There Gemma is snubbed by powerful Felicity, beautiful Pippa, and even her own dumpy roommate Ann, until she blackmails herself and Ann into the treacherous clique. Gemma is distressed to find that she has been followed from India by Kartik, a beautiful young man who warns her to fight off the visions. Nevertheless, they continue, and one night she is led by a child-spirit to find a diary that reveals the secrets of a mystical Order. The clique soon finds a way to accompany Gemma to the other-world realms of her visions “for a bit of fun” and to taste the power they will never have as Victorian wives, but they discover that the delights of the realms are overwhelmed by a menace they cannot control. Gemma is left with the knowledge that her role as the link between worlds leaves her with a mission to seek out the “others” and rebuild the Order.

Title: The Space Between

The Overview: Daphne is the half-demon, half-fallen angel daughter of Lucifer and Lilith. Life for her is an endless expanse of time, until her brother Obie is kidnapped – and Daphne realizes she may be partially responsible. Determined to find him, Daphne travels from her home in Pandemonium to the vast streets of Earth, where everything is colder and more terrifying. With the help of the human boy she believes was the last person to see her brother alive, Daphne glimpses into his dreams, discovering clues to Obie’s whereabouts. As she delves deeper into her demonic powers, she must navigate the jealousies and alliances of the violent archangels who stand in her way. But she also discovers, unexpectedly, what it means to love and be human in a world where human is the hardest thing to be. 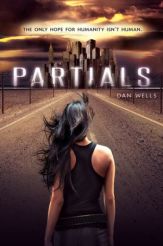 The Overview: The human race is all but extinct after a war with Partials—engineered organic beings identical to humans—has decimated the population. Reduced to only tens of thousands by RM, a weaponized virus to which only a fraction of humanity is immune, the survivors in North America have huddled together on Long Island while the Partials have mysteriously retreated. The threat of the Partials is still imminent, but, worse, no baby has been born immune to RM in more than a decade. Our time is running out.

Kira, a sixteen-year-old medic-in-training, is on the front lines of this battle, seeing RM ravage the community while mandatory pregnancy laws have pushed what’s left of humanity to the brink of civil war, and she’s not content to stand by and watch. But as she makes a desperate decision to save the last of her race, she will find that the survival of humans and Partials alike rests in her attempts to uncover the connections between them—connections that humanity has forgotten, or perhaps never even knew were there. 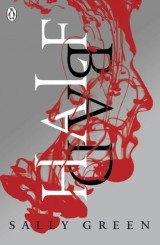 The Overview: Half Bad by Sally Green is a breathtaking debut novel about one boy’s struggle for survival in a hidden society of witches. You can’t read, can’t write, but you heal fast, even for a witch. You get sick if you stay indoors after dark. You hate White Witches but love Annalise, who is one. You’ve been kept in a cage since you were fourteen. All you’ve got to do is escape and find Mercury, the Black Witch who eats boys. And do that before your seventeenth birthday.

[Voting completed… check back in May for more fun!]