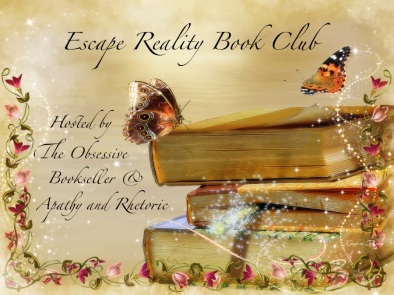 Your votes have been counted and the results are in! The voting was incredibly close this month – in fact, there was a three-way tie before a last-minute vote chose our winner.

Now, it’s the dawn of the 5th wave, and on a lonely stretch of highway, Cassie runs from Them. The beings who only look human, who roam the countryside killing anyone they see. Who have scattered Earth’s last survivors. To stay alone is to stay alive, Cassie believes, until she meets Evan Walker.

Beguiling and mysterious, Evan Walker may be Cassie’s only hope for rescuing her brother—or even saving herself. But Cassie must choose: between trust and despair, between defiance and surrender, between life and death. To give up or to get up.

We will be reading The 5th Wave throughout the rest of July and geeking out about it on our official Facebook page, followed by a meeting at Menchies Frozen Yogurt for those of you in the Southern Utah area.

This blog reaches a global audience, so not everybody will be able to make it to the meetings. Because of that, if you read the book and want to be included in the discussions, I would love to host a Facebook conversation for anybody who shows interest (just send me a message through our Facebook group, or leave a comment). 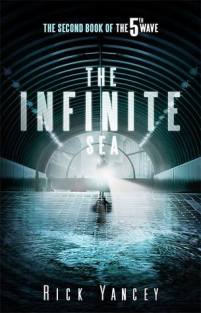 The Overview: How do you rid the Earth of seven billion humans? Rid the humans of their humanity. Surviving the first four waves was nearly impossible. Now Cassie Sullivan finds herself in a new world, a world in which the fundamental trust that binds us together is gone. As the 5th Wave rolls across the landscape, Cassie, Ben, and Ringer are forced to confront the Others’ ultimate goal: the extermination of the human race. Cassie and her friends haven’t seen the depths to which the Others will sink, nor have the Others seen the heights to which humanity will rise, in the ultimate battle between life and death, hope and despair, love and hate.

I was hooked on this series from the prologue of the first book. The writing is amazing, the story is intense, and the characters are awesome. If the second book is half as good as the first one, it’s going to be one wild ride! What more is there to say? If you haven’t already read The Fifth Wave, you are missing out on the best books on the market…I say this at the risk of overselling it, but that’s honestly how I regard it. :-)

Now, it’s the dawn of the 5th wave, and on a lonely stretch of highway, Cassie runs from Them. The beings who only look human, who roam the countryside killing anyone they see. Who have scattered Earth’s last survivors. To stay alone is to stay alive, Cassie believes, until she meets Evan Walker. Beguiling and mysterious, Evan Walker may be Cassie’s only hope for rescuing her brother—or even saving herself. But Cassie must choose: between trust and despair, between defiance and surrender, between life and death. To give up or to get up.

This book was positively brilliant! I was sold from the one-page prologue (which by the way is the best prologue I think I’ve ever read) and it only got better and better from there.

Writing: As great as the story is, it’s how it was written that makes it such a killer novel. I’ve never read a writing style quite like it – he doesn’t describe characters or settings in the traditional manner, but rather provides tons of drop in details; especially details that are relevant to the POV character. He also phases in and out between the past and the present at first which gave the beginning of the novel a neat dynamic. All of it was told in a cheeky, in-your-face voice that was as relatable as it was jaded. It set the tone right away and let us get inside the main protagonist’s head.  I truly wish I have the chance to meet this author and learned from him some day – the level of masterful writing he showed while crafting this story blows my mind.

Story: This is the kind of story that makes me want to talk about it constantly. The plot was exciting and fresh, the conflicts of each character were raw and gritty, and the basic concept of the story was intricate and fascinating.  Just when I thought I had it figured out, Yancey surprised me; and did so in a way that made me close the book, reeling about what I just read, and resist the urge to call someone and talk about it. Y’all have to read this book… I’m just saying.

There seems to be a theme in this review of things I’ve never seen done before – in this case, it’s Yancey’s take on alien invasion’s.  It blows my mind. I particularly like the fact that I had no idea what the aliens’ motives were and was forced to discover it along with the characters. Nobody on earth knows what the hell is going on or why the aliens have decided to wipe them out, nor why they did so in a series of “waves.” It’s frightening because it’s so plausible – it scares the snot out of me because it’s a shocking look into people’s reactions to such an event – millions of speculations and theories but not one certainty… until the aliens attack, and then there’s just panic and ruthlessness. This book is definitely not an “upper,” lol, so don’t pick it up if you really need something to brighten your day. Not that it doesn’t lack hope, it’s just quite a bit more robust and thought-provoking than your average teen novel.

Setting: Yancey completely immerses you in this post-apocalyptic world. He gives earth a creepy foreboding atmosphere that raises the tension. It’s all subtle. Things like ransacked gas stations, vacant cities, and dead bodies always accompany this type of novel, but the author takes it a step further by reminding readers of the humanity lost with the main character’s outlook on all of these places. While I picture death and destruction all around, the character reminisces what it was like to eat a cheeseburger. While I imagine an empty school and feel despair it all the children that used to fill it, she remembers it as the only place she got to see the boy she has a crush on. While it seems given that everything has a memory, Yancey is the first writer I’ve read who really celebrates those memories to make the reader appreciate, well, everything. It also made the setting deeper, increased my emotional involvement (essential for me to love a book), and made me furious at those alien SOB’s for threatening it.

Characters: I am a huge fan of this main character. She manages to be both cynical and practical and compassionate and sentimental all at the same time. You get the impression that if not for the invasion she would have been a delightful person, but the hardships and necessity of surviving on her own has hardened her for survival. What’s more, she’s funny. There are a lot of sarcastic one-liners in here that made me love her even more. I would like to break down some of the elements I loved about the other characters, but I honestly don’t want to ruin the plot for anyone. Half of the profoundness of this book came from discovering whose perspective we’d be hearing from next. Suffice to say, I enjoyed them all and felt totally emotionally involved in each of their conflicts.

Pacing: Oh, the pacing! I have come to expect a fast-paced tension from dystopian’s and think this book had the same great momentum that made me fall in love with Wells’s Partials. It starts out with a bang and doesn’t let up until you finish the book at four in the morning and are utterly exhausted. The perspective switches took nothing away from the momentum of the story and, if anything, made it more pivotal to keep reading. Obligations had me reluctantly setting the book aside, but when I finally had an evening to pick it up, I was a goner. It had such a great flow with the writing and the story that I completely devoured it as fast as I could. I’d love to go back and reread it slower to fully appreciate its intricacies.

Overall, I spent the first half of the book dreading that the shoe would drop and all of the brilliance I had read so far would amount to nothing. I am so, so happy to report that the quality of this book never falters. I loved it and I plan on recommending it as often as I can.

Recommendations: This is perfect for dystopian fans who like “action” rather than “romantic” post-apocalyptic books. This is also a wonderful showcasing of how to write an exceptional book that grabs people, so I would recommend it to writers wanting to break into the teen market (especially those going for an edgier vibe). Finally, for those of us who haven’t read a really good alien invasion story in ages – our pleas have been answered!

The Human by Keary Taylor (June 18)

The Hunger Games by Suzanne Collins

Thank you all for your votes (and nominations – they were all fantastic)!

This month’s winner is…  the Fifth Wave by Rick Yancey!

It was a really close one this month, as it just barely edged out  Hitchhiker’s Guide and Pure (which will be included in next month’s nominations). I have already started this one and I can tell you already that it will blow your mind. Great choice this month, people!

A thorough review and discussion for this book will take place on July 1st, so there’s plenty of time to pick it up if you want to participate. For more information on the Your Pick for Nik! book club,  click here.

Here’s A look at what the books about:

After the 1st wave, only darkness remains. After the 2nd, only the lucky escape. And after the 3rd, only the unlucky survive. After the 4th wave, only one rule applies: trust no one. Now, it’s the dawn of the 5th wave, and on a lonely stretch of highway, Cassie runs from Them. The beings who only look human, who roam the countryside killing anyone they see. Who have scattered Earth’s last survivors. To stay alone is to stay alive, Cassie believes, until she meets Evan Walker. Beguiling and mysterious, Evan Walker may be Cassie’s only hope for rescuing her brother—or even saving herself. But Cassie must choose: between trust and despair, between defiance and surrender, between life and death. To give up or to get up.

**Don’t forget to tune in Monday, May 27 for the review and discussion of May’s Selection:  Darkest Minds by Alexandra Bracken.**

“If you think reading is boring, you’re doing it wrong.”